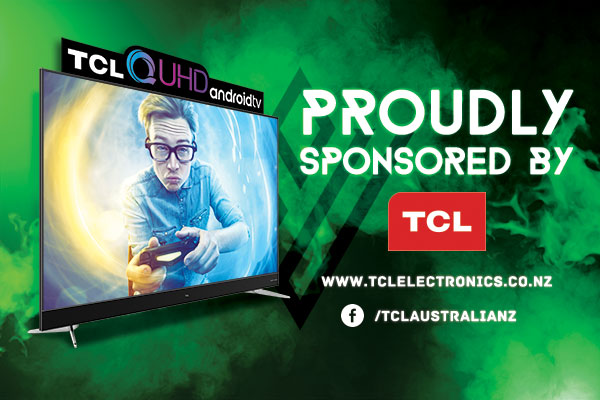 Stepping into the NZ market in 2017, TCL products are now entrenched into major retailers across the country, including JB-HiFi. To increase our exposure and support, we have signed a major sponsorship with the largest E-sports event organiser in New Zealand, Ping Zero.

We are proud to provide hardware support for all their participants, as Ping Zero organises some of the largest E-sports events in NZ, based in different locations across NZ. This is just the start that TCL has made to support the E-sports market.

Event gaming has had quite an explosion in the last decade and if you are one of many people who like to play online games, event gaming takes that passion to the next level.  Ping Zero allows you to be in the one place at the one time with all your friends or opponents, as you can see in the video below:

So what is Event gaming?

Event gaming, or LAN gaming, is a gathering of people who can bring in their gaming devices and enable joint gameplay for all in one location. These events can also run into the early morning hours, with larger parties lasting for several days, allowing sleep in a designated room. Make sure you bring a comfortable chair, as you may get immersed in the fun at hand. Ping Zero prides itself on its friendly and fun atmosphere and the opportunity to meet like-minded people, get involved in NZ gaming community and most importantly HAVE FUN!

The World-Wide phenomenon of Minecraft

This game is great because most age groups can participate, and it is safe and user-friendly.  It consists of a virtual world where you dig and build differently sized and shaped 3D blocks.  The world it is created in has varying terrains and habitats to explore. The game simulates a typical day where the sun rises and sets whilst you complete a day’s work.  It includes virtual weather, animals that either need to be tended to, tamed or used for survival.  At certain points you may need to fend off threats.  It has been said that Minecraft is like virtual Lego.

HALO through the ages

The HALO series could be stated as being among the best first-person shooters on a gaming console, giving rise to the popularity of the Xbox. Halo is synonymous when it comes to online gaming and is a video game franchise themed by a military science fiction first-person shooter.  Its the interstellar wars between humans and other life forms that have fans coming back for more.  Halo titles include Halo Combat Evolved; Halo Wars 2; Halo 3 ODST; Halo 4 and Halo 5 Guardians.

Do you remember Mario?

Everyone can remember arguably one of the best video games to be made.  The franchise is owned by Nintendo and as the company mascot, Mario has appeared in over 200 video games, with some of those including his brother Luigi.  With over 500 million Mario games sold, it is one of the bestselling video franchise game ever!  The variations of the ever-popular Mario games include Mario Kart, Mario Tennis, Mario Gold, Super Mario, Mario’s Missing, Mario’s Time Machine, Super Mario Brothers, the list goes on.  The voice of Mario has been Charles Martinet since 1990.

VR Gaming is short for Virtual Reality Gaming and gives the user the illusion that they are in the 3D artificial world.  Adorning the VR headset, the technology convinces your brain into thinking you are in the world that the headset is projecting.  The environment can be so lifelike it evokes the senses of vision, hearing, touch and sometimes even smell.  As technology expands, so do the graphics, applications and experiences that a person can have on VR games. These include:

16 years ago, Ping Zero saw the need for being able to provide multiple consoles, devices and accessories to allow gamers to access group activities away from their own homes.  They hold organised events where all the implements are provided to the participants or they can tailor a party or corporate event to your specific requests and budget.

Ping Zero prides itself on what we do to help build the community of gaming in NZ. They have a range of veteran and new-generation gamers attending events and are starting to see parents bring their sons and daughters to play too! Ping Zero can accommodate all gamers, and boast the following:

A Ping Zero holiday program, with a Minecraft theme, has been devised to not only bring children together but it also aims to achieve the following values: