How To Tell If Your Plasma TV Is Burning Out 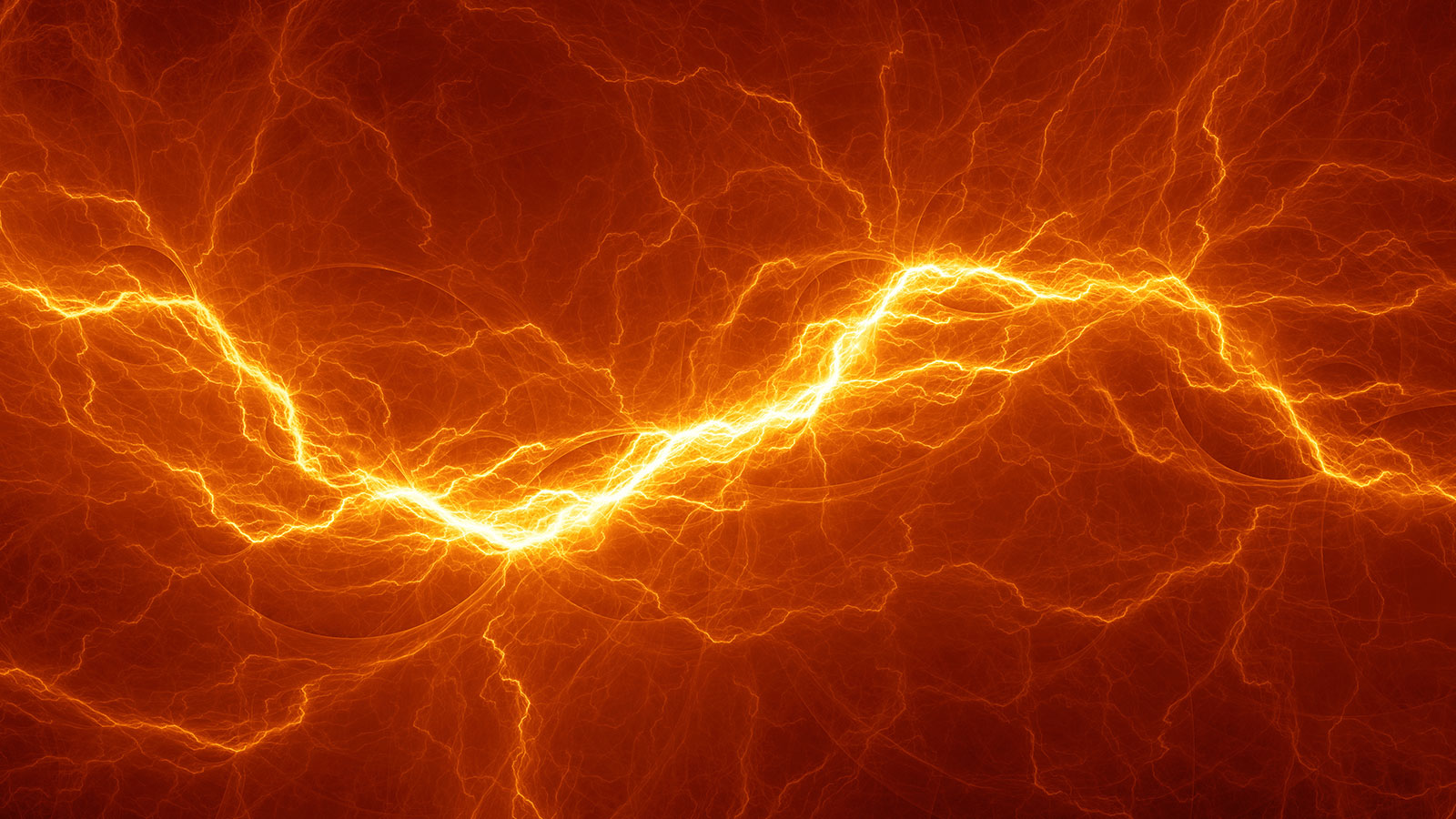 The hunt for improved picture quality is seemingly never ending, with manufacturers doing their best to come up with ways to give their consumers the best possible TV watching experience. Among the things we got along the way was the plasma flat-screen TV, which offered excellent picture quality and seemingly lasted for years before you needed a new TV.

However, they didn’t turn out to be that durable, with issues such as significant screen reflection, screen burn-in, phosphor trails, and an overall short lifespan, and for many users, they’re on their way out. If you’ve been debating whether or not you’re facing those problems, here is how to tell if your plasma TV is burning out. And as a bonus, we’ll also go over some of the other common issues with plasma televisions and computer monitors, and give you a few options on what you can replace your aging TV with.

How Does a Plasma TV Work?

To better understand some of the more common plasma TV issues, you should first know how they work. The principle is quite simple – the plasma screen makes use of tiny, very fast brightly lit fluorescent cells that form the picture. Each pixel has three lights that shine brightly and combines them to create the color you’re after.

The plasma component is a conductive gas that has free-flowing ions and electrons. The ions are positively charged, while the electrons are negatively charged. Applying a voltage introduces more electrons, which then collide with atoms. This knocks off the electrons and turns them into ions. The particles that are negatively charged start moving towards an area that is positively charged and vice versa, which causes a bit of chaos. That chaos is what has particles smashing into each other, and the gases release photons of brightly shining light. Painting the screen’s tiny cell with phosphoric material turns said light from ultraviolet to visible light, brightly illuminating the panel.

All of this happens on an incredibly small scale, which is why plasma displays were a lot slimmer than older CRT televisions and computer monitors, and why people love them.

This is the actual problem when you’re trying to figure out how to tell if your plasma TV is burning out, and it’s known as burn-in or image retention. The issue is that an old plasma screen can either retain or completely burn an image on the screen, permanently. This is also an issue with modern OLED panels (but not QLED), and it could cause problems.

The first “step” of the problem, and one of the signs plasma TV going bad, is retention. You will see a bit of a ghostly image on the screen when you switch off the panel. If it’s just retention, it will fade rather quickly, and it’s problem solved. However, in more extreme cases, you might be looking at permanent panel damage or burn-in – and there’s a difference between that and retention.

The easiest way for this to happen is for you to leave a static image on the screen for a long time. Pausing a movie for hours at a time is a good example, but the thing that happens a lot more often is a TV channel’s logo resulting in burn-in. You guessed it – while the content of the channel is dynamic, the logo constantly stays in place. Watching the same channel for hours at an end could result in burn-in of the logo.

The problem with screen burn-in is that it’s usually not covered by a warranty, because it’s a common problem that manufacturers struggle to solve. This is one of the main reasons why manufacturers moved away from them, and why consumers aren’t really keen on them anymore now that they’ve got choices.

So, now that you know how to tell if your plasma TV is burning out, what are some of the other issues you might be dealing with?

Even though some of these things are noticeable from the moment you buy the TV, screen burn-in is far from the only problem with old plasma panels.

The other big thing is reflection. Yes, every TV has a bit of a reflection issue when you’re looking at pitch-black scenarios (or when it’s turned off), but with a plasma TV, that happens even in dark scenes, especially if you’ve got plenty of light in the room where the TV is. For some, it’s merely distracting, but for others, it ruins the experience.

And then you’ve got phosphor trails, which you might’ve noticed in some fast-moving scenes. We already explained how the screen works, but what we didn’t mention is that the green lights change color the slowest. And this is why, when a quick color change is required, the green color sometimes lags behind the others – something a keen eye can easily notice. Of course, you could lower the TV’s contrast to make this less noticeable, but that’s not a solution – it’s a workaround.

What Are the Possible Solutions?

If you’re dealing with some of the problems we mentioned above, unfortunately, there’s not much that can be done. If your problem is retention, rather than burn-in, the image will very likely disappear after a while, and your panel will go back to normal. However, burn-in, phosphor trails and unbearable screen reflection are just things that come with a plasma TV, and there is no way to solve them.

As we mentioned, these issues (and the increased power consumption, and the panel weight, and the overall not particularly impressive quality) resulted in manufacturers moving away from plasma. So, if your plasma TV is on its way out, what should you replace it with?

QLED Panels Are the Way to Go

QLED, which stands for Quantum Dot Light Emitting Diode, is where you want to be if you’re looking for a newer modern TV that’s going to last you a while and will offer excellent brightness and colors. QLED panels work similarly to a regular LED panel, but they use tiny nanoparticles known as quantum dots, which give it a significant boost in overall brightness and color reproduction. Unlike OLED, QLED TVs still need a backlight because the pixels themselves can’t illuminate on their own. But, the overall quality is top-notch in every sense of the way.

For the viewer, a QLED panel will get them bright and vivid colors, great support for technologies like HDR thanks to the improved brightness, and an overall better TV watching experience. And if this sounds like something you could use, read on as we check out some excellent QLED TVs by TCL that could be the perfect replacement for your plasma TV.

If you aren’t looking to spend too much, but still want a good, newer TV to replace your plasma TV, the P8M by TCL is a great option. It comes with a UHD panel with HDR support, Android TV for all your content consumption needs and Dolby Audio to ensure high-quality sound. You also get AI integration with support for both Google’s Assistant and Amazon’s Alexa, and you can even control your home’s smart devices using your TV and the microphone on the remote. It comes in plenty of sizes too, so you’ll definitely find a model that suits your home.

If, however, you don’t mind spending a bit extra, the X7 is an even better pick. Similar to the P8M, it comes with a UHD panel, HDR, and Android TV, but it ups the ante by going for a QLED panel. We already mentioned why they’re great, and the X7 is the perfect TV to demonstrate the capabilities of the technology. Aside from the great panel, you’re also getting integrated AI, as well as multiple local dimming zones for improved contrast, and Onkyo Audio – an excellent overall choice.

At the top of TCL’s 4K range sits the X10, and it too can be a great replacement for your plasma TV. Yes, it’s fairly expensive, but it’s one of those TVs that checks all the boxes in terms of technologies, performance, and quality, and you won’t be swapping it out anytime soon. It comes with all the ‘basics’ – 4K panel, integrated AI, Android TV, Dolby Vision and Dolby Atmos, and HDR10+ with Wide Color Gamut, but it also comes with another big thing. We are talking about the mini LED panel, which takes your viewing experience to a whole different level by giving you incredibly smooth and uniform illumination, something you’ll notice the moment you turn the TV on.

When all is said and done, it’s easy to see why plasma TVs are on their way out – they’re plagued with issues and many of them just can’t be dealt with. Since you know how to tell if your plasma TV is burning out, and you know that it’s going to happen sooner rather than later, there’s no better time than now to make the switch to QLED and enjoy all the benefits that this new technology has to offer.